At 1:30, Jerome Powell will update the public on his views. This will be his first speech since the last FOMC meeting. We think Powell will follow the lead of Fed President Bullard on Monday and many other Fed members over the last three weeks. In particular, we believe Powell will persuade the market to “flatten the curve.” This time, flattening the curve is not about covid. By flattening the curve, we allude to the Fed Funds curve. In particular, market expectations for rate hikes and rate cuts in 2023. As we share below, the Fed Funds futures market is pricing 1.18% in cumulative rate hikes by June. This likely equates to 50bps in December, followed by 25bps at the following two meetings, and a 72% chance of another 25bps rate hike in the spring.

The market and the Fed are on the same page with rate hikes. However, second-half 2023 rate cuts are where opinions between the Fed and the market differ. We think the Fed wants investors to believe they will hike rates to around 5% and leave them there for the remainder of the year. To accomplish this, flattening the Fed Funds expectations curve will be a priority. In other words, they will steer markets to back out the 33 basis points of rate cuts priced into the second half of 2023. Remember, what the Fed says and what the Fed ultimately does are often different.

FED’S BULLARD: THE MOST IMPORTANT THING IS THAT WE REACH A SUFFICIENTLY RESTRICTIVE LEVEL AND THAT FINANCIAL MARKETS UNDERSTAND IT.

The market traded lower again yesterday but held on to short-term support at the bottom of the recent trading range. The good news is the 20-dma is close to crossing the 100-dma, but the market needs to rally soon to get that bullish cross. The not-so-good news is the MACD “buy signal” that triggered our rally call almost 6-weeks ago is very close to triggering a “sell.” With nearby support, the market could trade sideways for a couple of weeks and work off the overbought condition. However, a break below the 100-dma sets up a quick test of the 50-dma and then September lows following that. Continue to take profits and rebalance risks accordingly for the moment.

The graph below from Ed Yardeni shows why the Fed is concerned with inflation. As it shows, U.S. inflation is likely peaking but remains well above the Fed’s 2% target. Further, inflation in Japan and Europe hasn’t peaked yet. Given our large trade deficits, the Fed must consider the influence of higher prices abroad. Additionally, if markets think the Fed is close to its terminal rate, but foreign central banks still have more rate hikes to do, the dollar may weaken, which introduces inflationary effects. The counter-argument to a weaker dollar is that the Fed is removing liquidity via QT and has no plans to stop QT. As such, the supply of dollars is declining. Given the growing need for dollars abroad for trade and maintaining foreign dollar-denominated debt, increasing demand for dollars alongside a falling supply may keep the dollar bid despite a relatively less hawkish Fed.

The graph below sheds light on the recent inversion of the 10yr/3m UST curve and what we might expect from the stock market. Here are a few key takeaways: 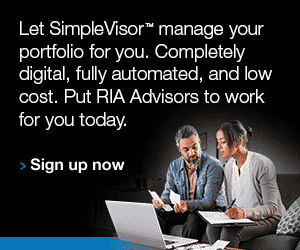